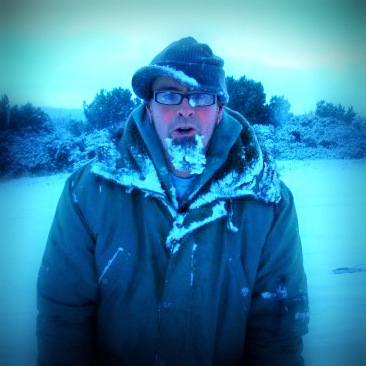 Splitting time between living on the South coast of England and in Athens Greece, it would be fair to say I am a fan of warmer climates. When I mention The Freeze Factor, I am not actually referencing any particular season of weather, instead I want to shed some light upon a particular state of mind I have encountered. A frame of mind that is limiting the numbers we desperately need to gather around this issue of slavery and to see it change.

I have been involved in counter trafficking for around six years now, and whilst I have learned a great many things about trafficking and made use of that time, the reality is I could have been engaged in this issue much sooner than I was.

When I speak to groups I often ask how people came to find out about the issue for the first time and it is almost without question via one form of media, arts or film. In fact I first became aware of human trafficking when I watched a tv drama called Sex Traffic about how Moldovan women were being trafficked into the UK for prostitution under the guise of a network of language schools run by the traffickers.
I was particularly disturbed by the rape scene which is how the girls will was broken to be more accepting of their new work. Perhaps this is one reason that whilst it won 8 respected TV awards, so few people have seen it, after all, its not a nice night in on the sofa viewing.

When I say I was disturbed, I mean I took personal offence at what was taking place, and so often people involved in social movements are angered or disturbed by a personal experience or that of another person.

My question to myself is, why? Why, if I had been so impacted and offended by my newly found knowledge of this issue, did it take me another 5 years to actually get involved, to turn my anger in to action and my offence into fruitful engagement?

As I have spoken with others over the years it has become clear that many people are shocked when they hear about the issue for the first time. First there is a moment of disbelief, and then it slowly sinks in that this is actually happening to someone, somewhere right now.
The next thing that happens is deeper awareness, often people sit at a laptop and type ‘trafficking’ into Google to find there are pages and pages of news articles about how and where this happens. Not to mention the sudden reality check that this is not an ‘over there’ issue, but an ‘over here’ and down our own street issue.

It is here that the Ice Monster begins to do his thing, at this early stage, the moment of realization that this is happening, but also the colossal scale of the issue, the numbers involved and the diversity of exploitation that is taking place. Then it happens – BOOM, The Freeze Factor set in as we become unable to see how little old me as an individual could possibly make any difference what so ever to something so big.

Maybe we join a few Facebook groups or feel a nudge of guilt once in a while and make a donation. But the reality is that yes its huge, yes it’s everywhere and happening at such a rate it doesn’t seem possible in this age. Welcome to modern slavery.
It is on a scale that governments cant stamp it out, on a scale that charities and ngo’s cant fence it in and is happening at the hands of professional criminals for whom it is their biggest most profitable business and they are good at it.
This means that it is going to take all of us, and it means that it is going to take you sticking with it, and pushing through The Freeze Factor long enough to find something that you can do.

As I meet people I think one of the hurdles to progress here is the Right question being asked all too frequently to the Wrong people. It can be really limiting in scope to make people like CBI and other charities and ngo’s the primary place you ask ‘What Can I Do’.
The reason for this is as groups we only have a small number of things we tend to reply with? Sign a petition, do a bake sale, join a local group, wear a badge or buy a T shirt. All of which have their place and we will always have important things that need you to be midwives to see them born and making a difference.

But in reality the responsibility for finding a pair of shoes with your name on, for your unique attributes, skill set and perhaps entrepreneurial gifting needs to remain your own. To simply settle for one of our containers of ideas, could greatly limit your reach and long-term involvement with the issue, which is going to take you, me and us, time and energy to crack

Just keep going long enough to find your part to play, keep moving, keep growing in your understanding of the issue and don’t stop long enough to let the frost settle on you.